Free delivery on UK orders over £50

Members receive 20% off all orders, please login below to continue.

Shop from some of our very best evers as seen on – and loved by – our Facebook Group and panel of trialists. You'll find fair pricing across the board and gain access to member only discounts, rewards and promotions plus collect free gifts, samples and more.

If you haven’t seen the flurry of ads around the UK for 5G, you must’ve been walking around with your head in the clouds. And with last week’s release of the iPhone 11 coupled with the news it does not support 5G, many of us have been wondering what it’s all about. MBPE CO-Founder Jo Chadwick is here to try and explain it all.

Firstly it’s worth stating that I also know very little about 3 or 4G, what I do know is that it makes my phone, my data and my downloads all work quicker. Do I need faster? Well if it’s on offer then yes surely I do, why would we not want super speed in everything we do? Why would we not want more and want it quicker in this age where life is so on demand? Of course I jest. I know I’m first to shout at the Wi-Fi when it plays up, to get irritated by Alexa, or Siri but when I’ve stopped and thought about it, at what cost…

When I started out in advertising over 20 years ago I worked for a big, swanky, international agency and we had a client that paid a small fortune for our services every month. The internet was on the horizon and twice a day we downloaded messages via an extranet with our key clients. Everything was typed, posted, or faxed. Come 2019 and we send and receive emails around the clock, watch on demand films, have kids playing with gaming consoles, have multiple devices at home and at work, and live in a bubble of Wi-Fi and Bluetooth. I don’t want to scaremonger but sometimes I do think about the days when mobiles were invented and we were worried about radiation… yet today we are agitated when we can’t get online when traveling on public transport. 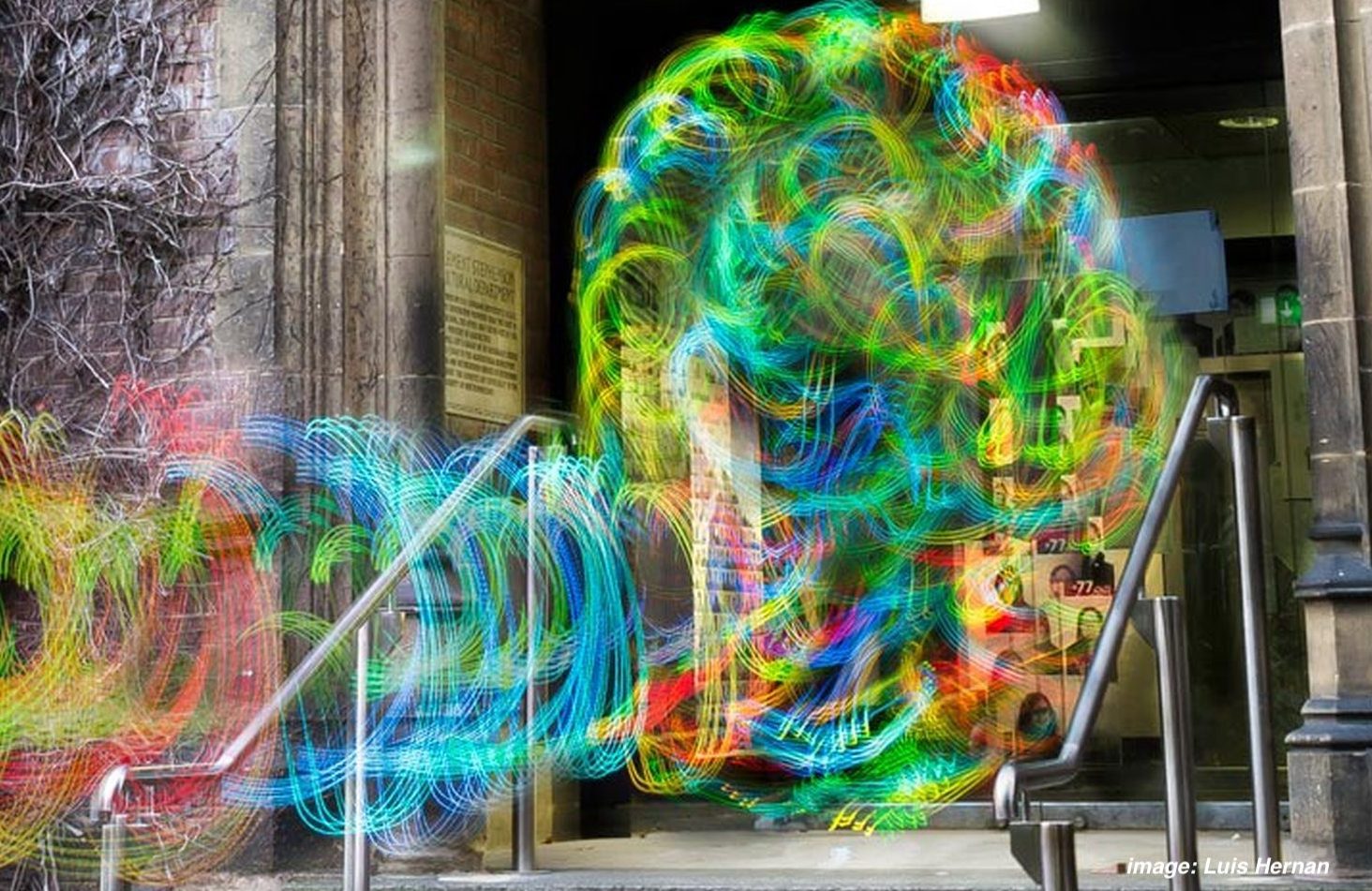 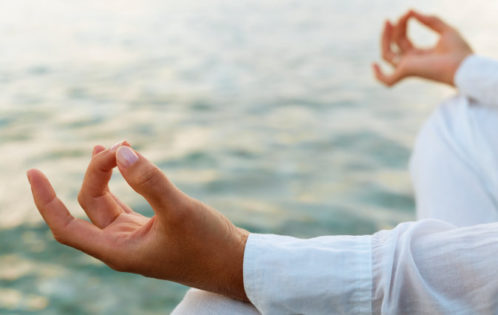 BUT WIFI IS EVERYWHERE!!

Well, simply speaking, it stands for Generation, and with each generation, things get better, get faster, are more improved. Our digital landscape is vast and the rollout of 5G will take it to another level. And with it we will enjoy not only faster download times but also have to accept that there will be more masts because 5G radio waves are a higher frequency and travel shorter distances. More masts, eventually might mean that there could be masts on every lamppost, on every street, in every city and town, in the country. Well frankly, we have to admit there is some unknown here. Simply no G has been around for long enough to give us any specific data on the long term affects on our health. But there are some things we do know. And that is around the area of greatest concern. And that, is all to do with the electro-magnetic frequencies (EMFs) that are used and what the have immediate and long-term health effects are surrounding this technology.

NO NEED TO PANIC

It’s important to say, we really don’t want to scaremonger. However, for those of you who wonder, who research even a little, who are anxious, if only a bit, we thought we’d try to understand more, and go out to find something that could help. And around 4 months ago, we stumbled across a product called Energydots which claim to protect against the effects of Electro Magnetic Fields and we’ve been testing them ever since. We spoke to parent and Founder Lucy Blyth to understand more: “Our bodies react defensively to this EMF energy.   Headaches, lack of concentration, anxiety, poor sleep, feelings of overwhelm, skin rashes, tinnitus are just a few of the very wide range of symptoms linked to high exposure to EMF” explained Lucy. “Energydots protect you and retune these EMFs.  They support you and keep you in that calm powerful space where you’re highly focused and energised”.

But what is an Energydot and how can it help us? What is this magic superhero to protect us against something we can’t even see? I mean, is this at all possible? Or is it all a load of nonsense, preying on our insecurities and fears? The answer it seems is actually pretty straightforward. The so-called ‘technology’ that Energydots use is something we know and use already. And have been for decades according to Lucy.

“Energydots are programmed magnets like the hard drive on your computer or the bank card in your pocket. Magnets are a great storage device for our frequency programming. They are self-powering and emit their own energy field so do not need a separate power source. The DOT radiates the frequencies it is programmed with and the power lies in the change these frequencies bring.  The positive frequencies from the DOT retune the disruptive frequencies”. Lucy is passionate about the power of her products, which in simple terms (just how I like to understand things) scramble the energy fields around you to protect you from the rays emitting from your devices, or those around you. Think about it, when you use mobile or cordless phones for long enough your ear heats, you may get headaches, the handset gets hotter. And the age-old questions with heating is whether it could lead to brain tumours or any other disease. Frankly, we don’t know. But if you’re anything like me, then sometimes you may worry – and then take verbal notes for your shopping list, or ask Siri to text someone, while WAZE is directing you and the kids are in the back of the car streaming YouTube or watching other people play Fortnite!

But It is not just the heat from the phone that is a cause for concern. The wider concern for many people is the non-thermal biological effects that EMF may cause. Scientific research is showing that EMFs affect our physical body. The biological processes we rely on can be compromised. So even if you are just carrying your phone or in a house with Wi-Fi the EMF is scrambling your system disrupting biological processes. It can leave us tired, lacking concentration and energy. It can disturb our sleep patterns. It affects adults, children and even our pets. 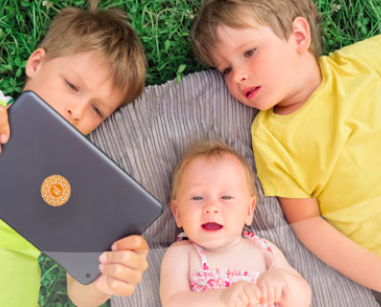 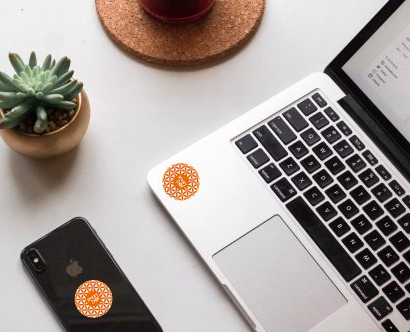 So let me share my very strange experience with you. My middle child is hypersensitive. To taste, to sound, to fabric textures. He’s a funny little soul, and he also suffers terribly with headaches and is hypermobile too – so he also goes through achy phases (though as a gymnast is pretty good at recovering). Now my Jack goes from bouncing off the walls happy to feeling dreadful, headaches, fatigue, exhaustion. And it can happen in the space of minutes. He soon recovers, and I had never joined any dots (pardon the pun) until I came across Energydots. When I first met Lucy, she gave me some smartDOTs. Programmed sticker magnets to pop on the devices. One on my mobile, one of each of the kids phones. The smartDOT is programmed for all the devices we use.  Mobiles, cordless landlines, computers, Wi-Fi routers, baby monitors, smart TVs and smart meters all emit EMFs. So using a smartDOT on any device, retunes the EMF so you are not compromised in the same way. Your energy levels are restored and symptoms of electro-stress reduce thanks to these little magnets that protect us from the electro magnetic fields. You may love the sound if this or think it’s all nonsense, but let me share my experience with you. An experience that has turned my head in so many ways. And I write this as I sit with my laptop on my lap, warm on the base, and making my legs itch and tummy sore… (hmm).

I popped the smartDOTS on all the phones. Thought nothing of it, but realised the one I had placed on my apple watch was making it play up. I took it off, but there it was, the early proof that this magnet, definitely did something. No-one mentioned it, no-one complained, no-one said anything. Jack got ill again, from nowhere – and it wasn’t even the last week of term yet! I spoke to Lucy a few weeks later, having gone to another trade show and chatted to her team there and then had an incredibly odd experience, buying some dots for a friend. I was standing talking to the team and my tummy started churning and churning. It was the strangest sensation ever, not like anything I’d ever experienced before. I asked the team if it could have anything to do with the dots, and was told that for people who are sensitive, they can sometimes ‘feel’ their body’s paths opening up as the magnets get to work unscrambling the system. I spent the rest of the day feeling high as a kite with this strange sense of energy. When I spoke to Lucy a few days later, she explained that this was not unheard of and in fact some people may even get ill when using a dot for the first time. If there are extremely sensitive their bodies can begin a detox, making them weak, feel tired and rundown.

Exactly the symptoms Jack had suffered when I gave him the original dot. Interesting. Jack then came home from school one day saying that there was an area of the playground that he couldn’t go in without feeling headachy. I don’t know what made me do it, as I was still a little skeptical. I bought a bioDOT. Same tech, but a magnet that in this case is housed on a charm that you dangle from your bra strap – or in Jack’s case now… school trouser belt loop. If you wear a bioDOT your energy field is protected from EMF and energy interference that swirls around you every day. I didn’t tell Jack what it was. But after two days I asked if he’d noticed the sickness in the playground. He said it had cleared up and he was fine now.

Lucy Blyth has worked with customers for nearly ten years supporting their wellbeing in today’s chaotic world of EMF. Check out their website https://www.energydots.com/ where you can see how you can use their technology to protect your home, office and everyone you care about. And if you think you may be hypersensitive to EMF and want to take part in a trial we have coming up please register your interest here.